Login VSI is one of the leaders in testing EUC solutions such as Citrix XenDesktop and VMware View. Many of the industries standard benchmarks and whitepapers use Login VSI as the standard in testing. Login VSI announced version 4 (v4) as the latest release marking new features in the product.

The design of this new version has been driven by extensive customer feedback programs, and production testing projects executed at multiple customer and vendor sites, including the tests done for the acclaimed independent research project Virtual Reality Check. Login VSI v4 makes testing of VDI and SBC environments easier and more realistic than ever before.

Citrix also announced recently the End of Life for EdgeSight for Load Testing at the end of 2013 as well as guidance of using tools such as Login VSI for proper testing. Please note that EdgeSight is not currently being discontinued, just the load testing component.

EdgeSight for Load Testing is maintained and supported as follows:

Code level maintenance of this component is typically delivered in the form of minor versions or hotfixes. When an updated version is released, it will supersede the previous versions unless otherwise noted by Citrix. Citrix will typically support one version back (the current version and the previous version) but maintenance will only occur on the most recent version.  Often to resolve specific issues, Citrix may require upgrading to the latest version. Functionality in previous product versions will not be modified, enhanced or altered once an updated version is available.

Upgrade path: The upgrade path is relatively straightforward.  For example, the components may be upgraded from the previous version to the next version by running the installation program for the next version.

Forward looking guidance: The load testing component is being discontinued and will not be included in XenApp and XenDesktop releases in 2013 and beyond.  Citrix will be recommending the use of other commercially available load testing tools like Login VSI.  EOM and EOL dates are as follows:

The design of this new version has been driven by extensive customer feedback programs, and production testing projects executed at multiple customer and vendor sites, including the tests done for the acclaimed independent research project Virtual Reality Check. Login VSI v4 makes testing of VDI and SBC environments easier and more realistic than ever before. 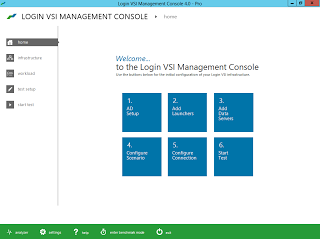 The test image footprint of Login VSI has been reduced by almost 90%. This makes the tool not only easier to install, but also easier to integrate and deploy. Centralization of management, updates and logging makes the use of Login VSI more efficient than ever. Direct Desktop Launch (DDL) mode enables large-scale testing with minimal infrastructure. 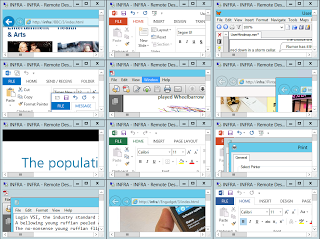 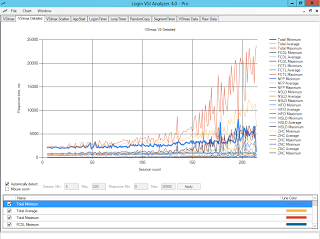 The duration of the standard workloads has been increased from 14 to 48 minutes loops. Also the way in which segments and applications start has been improved to better reflect real world user behaviour. The datasets used in the workloads now offer 1000 different documents per type, more and larger websites, and a video library in every format, all to ensure a real world variety in data usage. The execution of the workloads is improved through the introduction of phasing, allowing for real world production user scenarios.

The new dashboard offers real-time test feedback, including progress, launched and active sessions, elapsed time and time left of the test in progress. The industry standard index VSImax has been further refined, enriching scalability results (max number of users), with objective baseline performance results (independent of tested load). Automated reporting with out of the box report ready graphs for all used settings, response times, and other data enhances the level, and choice, of information generated by the Login VSI analyzer.

Login Virtual Session Indexer (Login VSI) is a vendor independent benchmarking tool to objectively test and measure the performance and scalability of Virtual Desktop Infrastructures and Server Based Computing environments by simulating unique user workloads. Leading IT-analysts recognize and recommend Login VSI as the de-facto industry standard benchmarking tool for VDI and SBC. Login VSI can be used to test VMware Horizon View, Citrix XenDesktop and XenApp, Microsoft Remote Desktop Services or any other Windows based hosted desktop solution. Login VSI is the standard tool used in all tests that are executed in the internationally acclaimed Project Virtual Reality Check. For more information visit www.loginvsi.com.